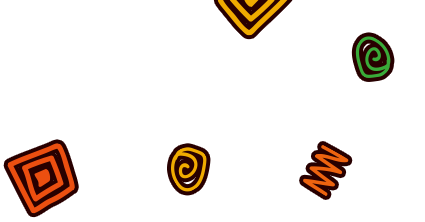 On their arrival at the hospital, Sister Agnes Jonas, Sister in Charge of Mtendere, greeted trustee Karen Roberts and son Sam. During this, her first year in charge, she was dispatched to Rome for a six month period (returning in July) and in her absence Angels have had very little communication from the hospital. We therefore only committed ourselves to maintaining our existing programmes and basic support until our Trustees’ Visit in 2017. By then we are anticipating that Sister Agnes will be “up to speed.” 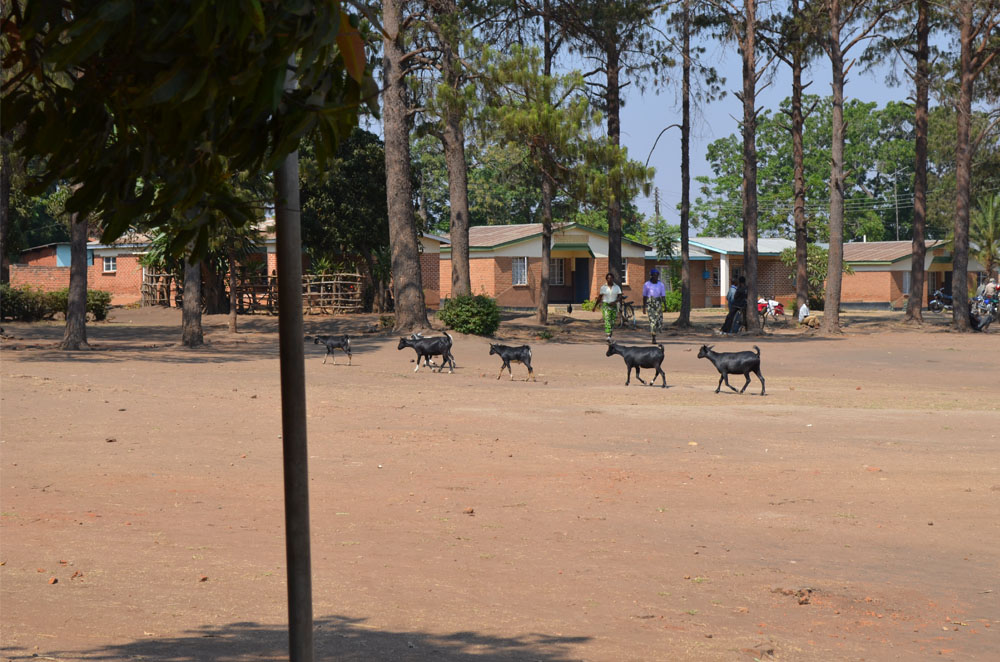 As everywhere in Malawi the electric supply has been increasingly erratic and the blackouts now occur almost daily. This has meant that the backup generator, which we supplied, has been a vital lifeline for the hospital providing the essential power needed to maintain efficiency. Angels is committed to paying for the extra services involved as well as providing additional funds needed to fuel both the generator and the Landcruiser/ambulance.

PMTCT (Prevention of Mother to Child Transmission of HIV/AIDS)

This programme is split into several groups within the hospital’s catchment area. Karen and Sam were taken to one of these in Kachule where they met 15 women and their children who were all under two years old. Last year 198 HIV positive women in their catchment area had the incredible news that their children (tested at two years old) were HIV negative. This is due to the remarkable hospital programme run for the mothers and the education that they receive in how to maximise the use of their regular medication that so successfully protects their children. This year there are 147 women on the programme. Five support groups meet every week and help each other. Nurses at the hospital now through Angels’ support provide quality care to the HIV positive mothers in both post and antenatal care. 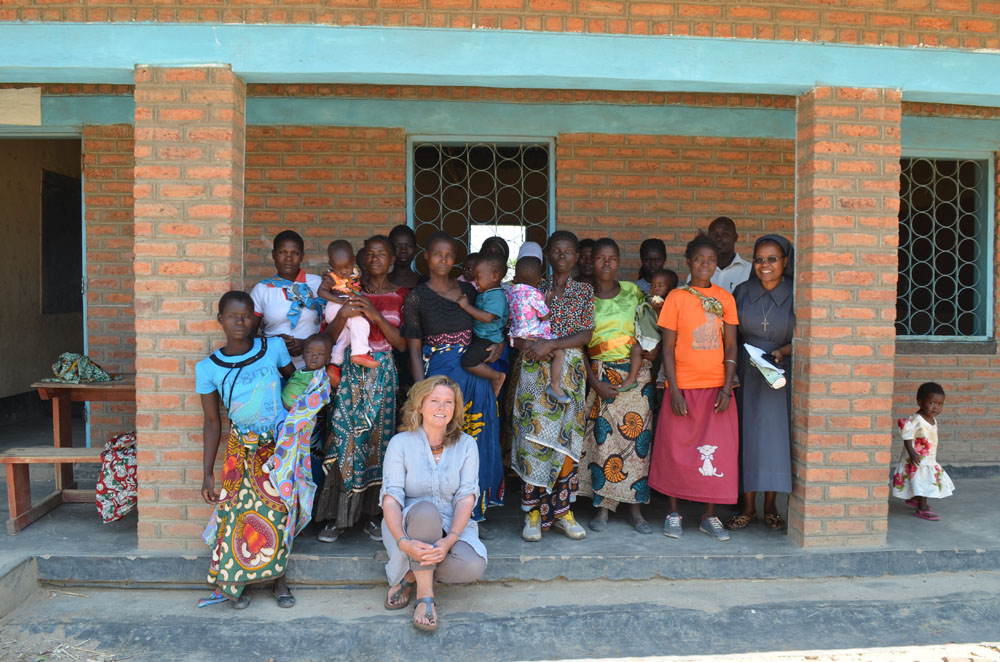 Last year the programme had a 98% success rate in HIV negative children tested at the age of two. This is extraordinary and a huge incentive to other HIV positive pregnant women. 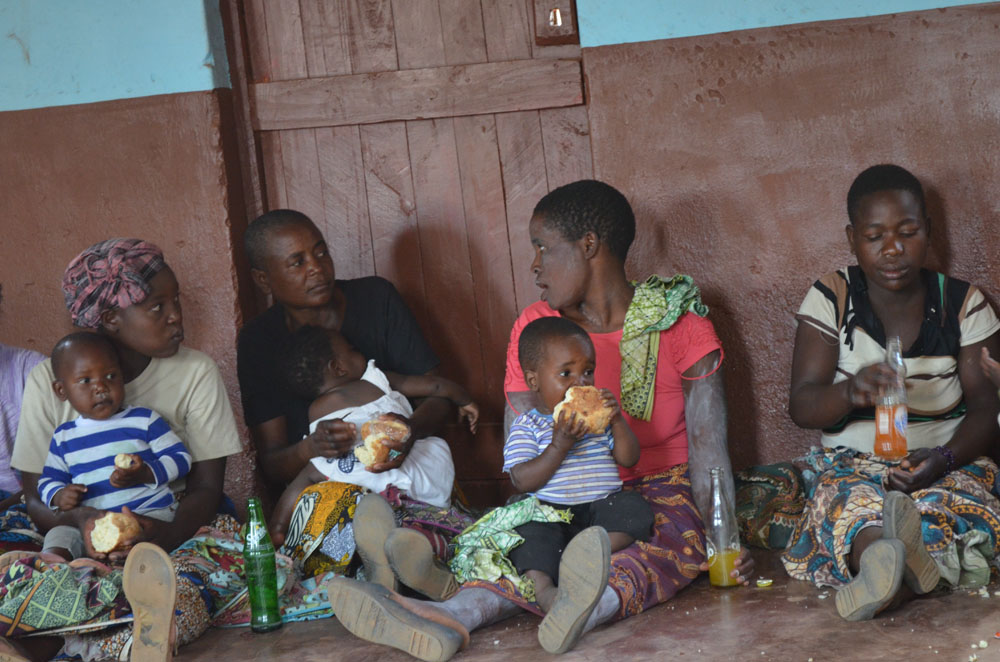 Additionally husbands are now encouraged to accompany their wives to the antenatal meetings and now 70% of the women have their husbands in attendance. They are given the incentive of being allowed to move to the front of the queue if their husbands are present. As visiting a clinic can mean queuing all day, the incentive works! This is a huge advance and has helped enormously in terminating the fear and stigma of HIV/AIDS.

All the women told Karen and Sam that they were very keen to initiate Income Generating Activities in the future (IGAs). If they worked as a group this would enable them to buy livestock and share the produce between them and farming of fruit and vegetables that can be sold locally at a profit. Another concern was taking control of planning their families so that not so many children were born and so had a much better chance of survival and a happier life.

Volunteers representing 13 different villages demonstrated how their programme educates all women regarding the necessity of going to hospital for the birth of their children and for antenatal care. Karen and Sam watched a moving drama performed by the women illustrating the dilemma faced by many of them whose husbands insist that they go to a traditional healer in the village rather than the local hospital and they graphically demonstrated all the repercussions leading from that. Too many women die in childbirth and many undiagnosed diseases are passed on to their unborn children. All this can be prevented if women go earlier to the hospital and have blood tests and all the antenatal care that is available. Slowly this information is getting through and most encouragingly, the husbands are now taking on board the message that lives can be saved. 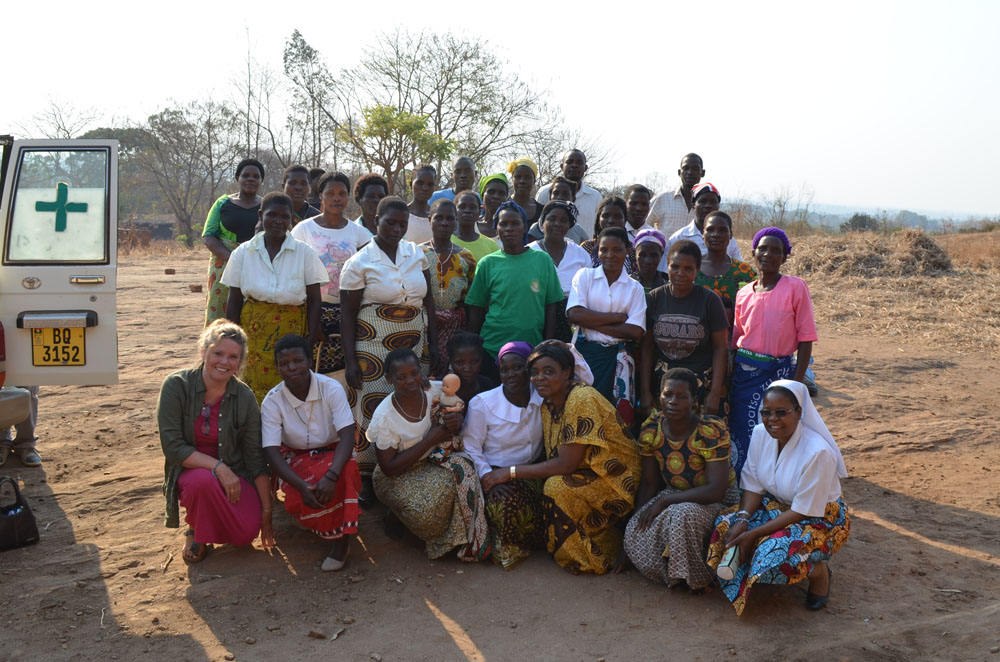 This is a club that consists entirely of children who are HIV positive. It aims to address the challenges faced by children living with it, acknowledging their status and helping them adhere to their medicinal regime. Currently there are 42 members. Karen and Sam met 15 of them, boys and girls aged from 10 – 19. This is a new initiative and most of the children had come from some way away and had travelled unaccompanied. The Club follows a programme developed by the Baylor College of Medicine in Lilongwe and these children are greatly helped by being able to offload anxieties concerning their parents (who probably gave them HIV/ AIDS in the first place), or if their parents have died they are able to communicate openly within the group without fear. Through the use of mentors, the club helps them to improve their nutrition, prepares them to live independently and emphasizes the necessity of continuing with their studies.

We will continue in investing in these self-help groups, which will enable them to grow and harvest crops and buy livestock such as pigs and goats. By selling these they then have the ability to help others in their communities. For instance Karen and Sam were introduced to two elderly people for whom one of these groups had built a simple toilet, bought school uniforms for children, repaired a roof and bought a wheelchair for a disabled lad who can now get about the village for the first time in his life. Their aim is to help more people in their communities and to rent more fields to farm. They also want to invest in planting trees and have requested a treadle pump to irrigate their crops. 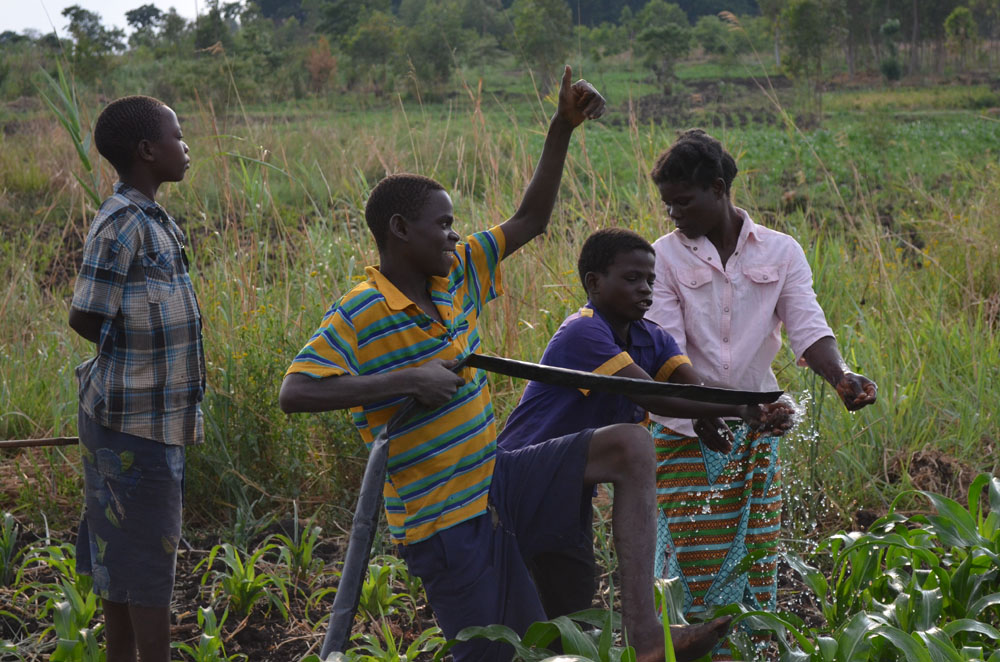 It was extremely heartening to see such dedication and positivity among the young people. Sister Agnes is anxious that the youth of Mtendere need both encouragement and support. They make up 67% of the population with the over fifties forming less than 10%. We intend to increase our support for the youth groups in all three hospitals and will attempt to find sport funding as part of this. 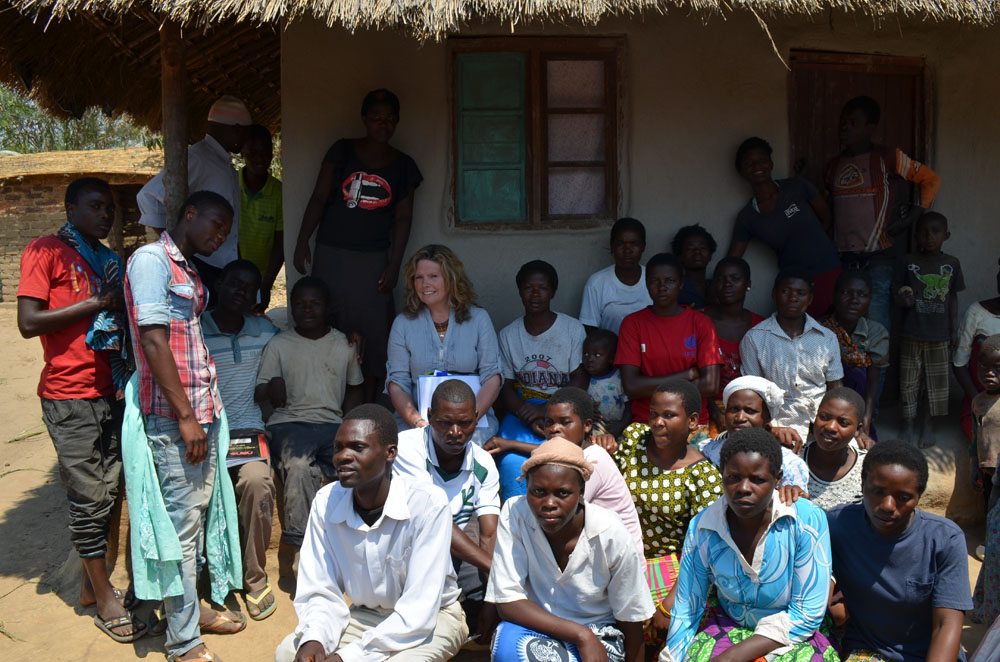 During our 8-year involvement with Malawian rural hospitals, we have been constantly impressed with the educational impact the dramas have. The drama groups travel to the remotest of villages with the medical teams from the hospital and perform what can loosely be described as sketches. They are full of factual content and literally have their audiences doubled up with laughter. The messages are clear but always veiled in humour and result in queues of villagers to be tested for HIV or malaria or receive treatment for various illnesses, including TB, pneumonia and cholera. 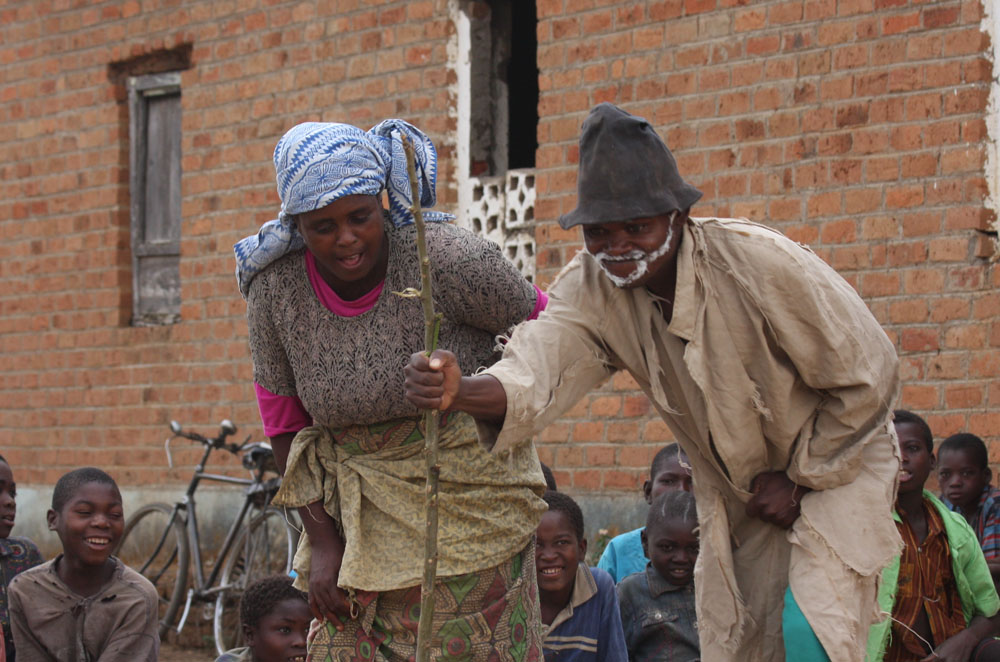 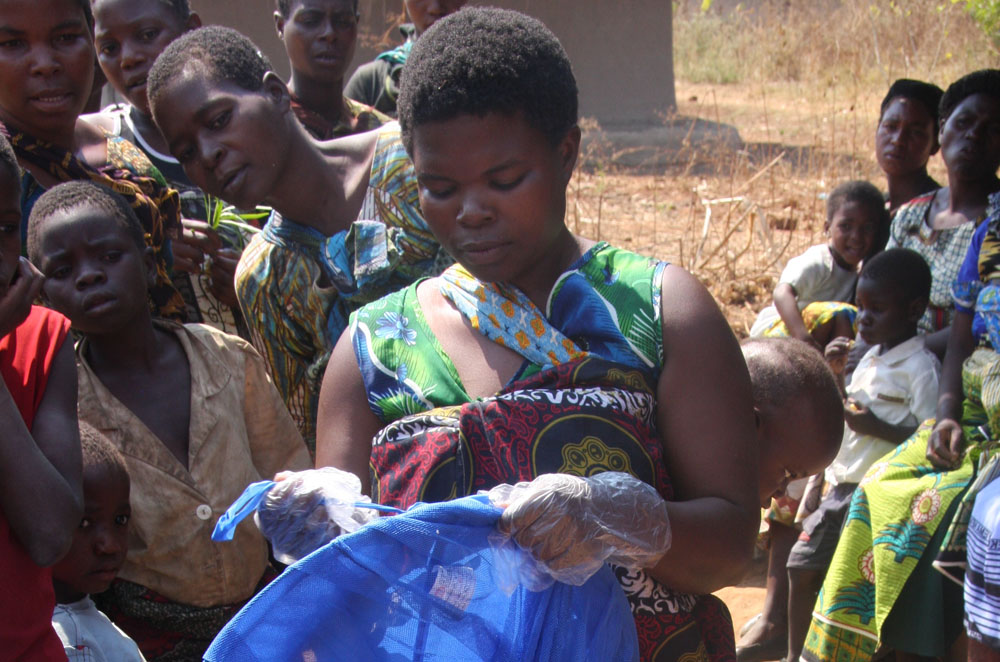 To date our malaria the Evan Cornish Foundation has generously sponsored programme. We intend to continue working with the outreach clinics distributing mosquito nets and providing education and testing for as many villagers as possible.

We have also agreed to fund 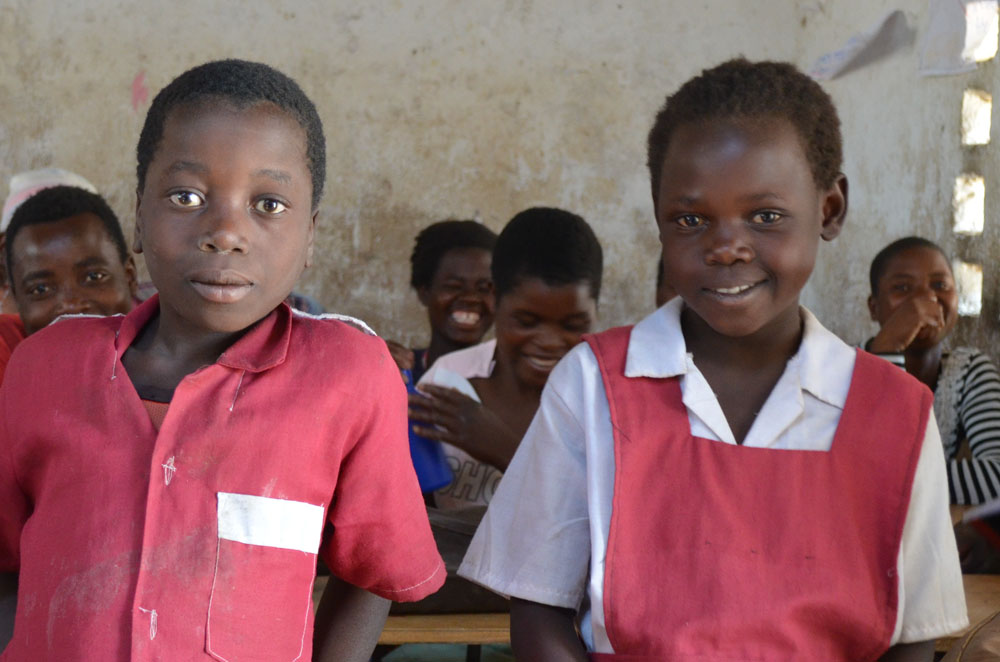 Trustee Karen Roberts and her eldest son Sam were met at Lilongwe airport by Sister Margaret Nyirenda, Sister in…